Why does my car runs worst soon after repair or overhaul! What happened? Why its the mechanic's fault. What it needs

My car runs worst soon after repair. Why. Can you help it run as it did?

Yes we can help to run as good as ever.

The answer to why it soon runs worst than ever is because: 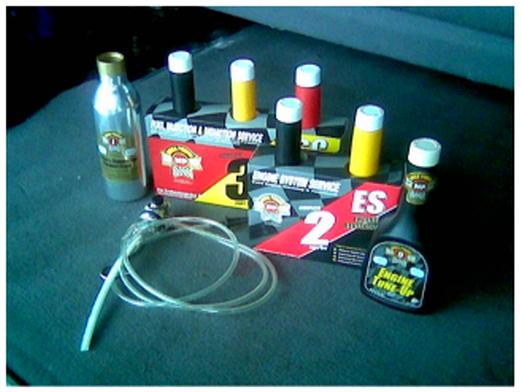 This the Mega Power Engine Treatment that restores and revitalizes your car back to its near original like new operating condition. It is easy to install by anyone.

Most mechanics give additives a bad name - because those commonly sold in parts stores are basically harmful or just plain worthless. Such auto repair shop owners don't  want that ideas said of their recommendations. So, many never give Mega Power a chance as that would mean they have reversed their expert opinion. No one likes to admit they were wrong!

Order this product below and install it yourself to restore your cars engine performance - and slam the brakes on its wear out! Gets your car back!

Even some expert mechanics who have been in the business for years don't know why motors just repaired, or overhauled start running bad - like it wearing out faster and losing its dependable power - but I do!

That's because I've been in on lubrication classes - not by one of those put on by Amsoil, Royal Purple, or BG. No! Those are hyped-up sales promotions that basically teach you to say "My Dad is bigger than Yours kind of education." That teaches and proves little!

The class I attended, was put on by a special kind of metal study research engineer, who check the surfaces of bearings with a before and after photography - magnified to the almost atom level - who work for Wynn Oil Company, in the 1960's.

What he showed us was the type of FINISH OR ROUGHNESS the surface of engine or transmission parts had on their surfaces after machining at the auto maker's machining division.

What he showed us was a picture of a dot on an engine bearing - magnified to a foot square size blowup. The before pictures showed on newer surfaces  say, 500 peaks could be counted.

In machining terms, it would be called a 500 micro finish.

To smooth that surface by machining and polishing takes some effort.

Well, cheap cars do not get that polishing treatment - and that's why they become noisy, wear out sooner, and have costlier repairs - than the more expensive engines that have the very expensive extra maching and polishing done to it.

Let's say, your engine and transmission pistons bearings valves shafts and gears were polished to where only 300 peaks were left.

That would be called a 300 micro finish.

When metal surface touches metal surface as pistons go up and down and crankshlfs and gears spins - very little abrasion occurs - and it takes maybe years longer for those surfaces to wear down.

And he showed us pictures of another, worn engine part magnified. That blown up foot square picture had a thousand jagged peaks and looked much rougher.

That would be a 1000 micro finish. A worst condition!

Then another of the spot next to it after the engine ran a metal conditioner added to the oil.

That picture showed a reduction of peaks back almost ot that of the highly polished engine.

Mega Power is the only product known to revitalize your engine or transmission.

You know your car needs them!  - sold on a 12 month money back guarantee of satisfaction, and have your cars and trucks running as good as ever again - and then stay that way - with a touch up at future oil changes.

They come as shown - 6 items for your motor, and 3 items for your transmission.  9 items total. shipped by FedEx to your door, with easy-to-follow directions, phone help if needed, guarantee.