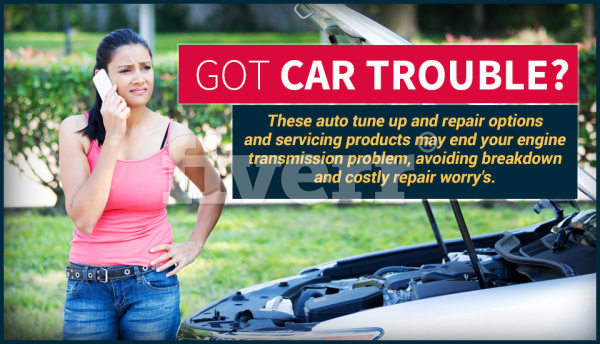 Contact Info for this quote, is taken from https://www.i-club.com/forums/vendor-tuning-service-parts-review-152/auto-rx-oil-treatment-dont-do-233281/

With further research I [the reviewer] found this thread:

http://mercurymarauder.net/forums/sh...ad.php?t=56544 If what is said there is true, then this is very damning evidence against Auto-RX

"I have posted this to the official Auto-RX forums only to have the thread deleted 2 times, and the account I used to post this banned. Just a further example as to how terrible their customer service is.

Auto-RX Oil Treatment Review.
Don't Do It.  With further research I found this thread... If what is said there is true, then this is very damning evidence against Auto-RX.

I am writing to anyone that might be on the fence about purchasing a treatment or two of Auto-RX. In few words, Don't Do it. Allow me to go into the background of my issue.

I have a 2003 wrx that was burning around .75 quarts of oil every thousand miles or so. Thinking that it might be a stuck ring land I came across Auto-RX that claimed it could free up stuck ring lands, increase cylinder pressures, and reduce oil blow by. "GREAT!" I thought to myself, this is exactly what I needed. So after speaking with Rich Eklund regarding what oil to use in my treatment cycle I settled on Valvoline Conventional 5w30 for both the treatment oil, and the rinse oil.

Roughly 1000-1500 miles into the treatment an oil leak developed on the drivers side of my motor, at first I thought it might have been the valve cover gasket. So I looked on the Auto-RX website and saw that there was a possibility that Auto-RX could make your seals more pliable. "Seems plausible" I thought to myself, the FAQ said that it could take up to 3000 miles for the seals to re-seal and after that everything should be golden. So I waited, drained out the Auto-RX treatment oil and refilled with clean Valvoline 5w30 and a fresh Purelator One filter. 1,000 miles passed, no change in the leak. 2,000 miles passed, still no change in fact it was getting worse. 3,000 miles passed, and still the oil leak was getting a little worse. After 3,500 miles I drained the oil and refilled with Pennzoil Ultra 5w30 and a fresh Purelator One filter.

During this time I began speaking to local shops regarding what the cause could be, as Auto-RX states that it cannot under any circumstances cause harm to seals. The overwhelming conscensus was that a cam seal had torn. So I contacted Auto-RX again to get their opinion on what could be going on. And once again Rich Ukland answered my email. Wherein he said that it could be a stuck PCV valve, maybe some dirt had dislodged and gotteen stuck in the seal causing the leak, or that it could also be a torn seal. He offered that he could look into getting a complimentary bottle of Auto-RX sent to me if a new PCV wouldn't solve the problem.

After a few days I decided that I would I would take Rich up on his offer of a complimentary bottle of Auto-RX. I sent an email in on July 22nd, wherein I asked if he could look into getting another bottle of Auto-RX sent to me. Here is where the otherwise good customer service experience went completely down hill. Rich was out on vacation and now Frank Miller (the owner of the company) was answering the emails. Here is his response to the email I wrote:

"Hello Rich is on vacation. Why would we send you a free bottle of Auto-Rx ?"

Brief to say the least. But I oblidged to tell him why a free bottle might be sent to me with this reply:

"Well first and foremost Rich said that he'd look into it. To give you the back story: after my first treatment of Auto-RX I developed an oil leak from a cam seal, I had hoped that it would have gone away but it still persists 5000 miles after the treatment oil had been drained."

Now keep in mind that Auto-RX uses a gmail account for their customer service email. So Frank would have full access to the string of emails that had been sent. Here is the response I received from Frank, along with the rest of the email conversation. His emails are Bolded, mine are italicized:

"I ran Valvoline conventional through it for the treatment oil and the oil change after. It currently has Pennzoil Ultra in it."

"This is from our website " Drain the Ultra go back to Valvoline Conventinal the leak will stop." He copy/pasted a portion of the website that went over why you should not use Pennzoil Ultra or other PAO based oils in conjunction with an Auto-RX treatment. Keep in mind that at this point my motor had not had Auto-RX in it for 5000 miles.

"I had run Valvoline convention through it for after the treatment 3000 miles and the leak showed no signs of stopping. I do plan on changing back to a conventional oil as the price of the pennzoil ultra is prohibitive given that the car is leaking more than 1 quart every 1000 miles currently. To clarify, Pennzoil Ultra and Auto-RX have *NOT* been in the motor at the same time, only Valvoline Conventional was used with Auto-RX and in the oil change following the Auto-RX treatment."

"**** is is the complex additive package in the full synthetic oil that caused the leak to come back. If your saying it leaked after you completed rinse mode with Valvoline Conventinal oil ? than you have a torn or ripped seal. Which will have to be replaced." He clearly had not understood that the oil leak began during the original Auto-RX treatment and had not stopped since. Auto-RX engine treatment review, more follows...

"That is exactly what I am saying, the leak developed at the end of the treatment cycle and persisted through the rinse and into this current oil change. I have an appointment on monday to have the seal replaced which will be roughly $400. Needless to say I am very much less than thrilled to be having to spend $400 to replace a seal with less than 10k miles on it after using your product. I would appreciate some assistance in repairing this damage that your product caused."

"Auto-Rx can't cause a sel leak and it can't repair a torn seal Based on your e-mails think you should step to the plate and recognise your own inability to except a mechanical problem. If you added more Auto-Rx after the application was complete you need to tell me perhaps i can save you a repair bill also if you used a full synthetic right after the Auto-rx Application you need to tell me by right after i mean with in 500 miles after Your Auto-rx application was finished. "

I was willing to recount all of the steps I had taken with the original Auto-RX treatment. But it was at this point when Frank began getting hostile with me simply because I requested some sort of assistance with the oil leak that started during the Auto-RX treatment. This response caused me to reel, was this person really a representative of the company? Why would you be treating a customer like this, especially when they're having a rather serious issue?

"I really do not appreciate your condescending attitude and remarks regarding this matter.

This is not my inability to "except" a mechanical problem, this is your product causing a seal to degrade in such a manner as to cause this oil leak. I have not added any further Auto-RX to any of the following oil changes as I had read the seal leak application documentation that you replied with. If you believe that another treatment of Auto-RX will remedy the situation, by all means send me another bottle and I will put it in with my next oil change. However, given the amount of oil that is leaking from the seal, I do not believe this is simply a pliable seal. I have attached several photographs that show how oily the undercarriage of the car is now due to this oil leak and the size of the oil stain on my driveway from this oil leak. Previous to this my vehicle had never dripped a single drop of oil in it's lifetime, the undercarriage was only every covered with road dust and dirt. It is now covered in a film of oil." I sent him these four photos which show how much oil is leaking from the seal: http://i.imgur.com/m2UAo.jpg http://i.imgur.com/H0kfC.jpghttp://i.imgur.com/bU9Hw.jpg http://i.imgur.com/PbOJC.jpg

"If i am to accept you did the application absoulutely correct than your leak it is because it is ripped or torn.We don't fix this problem. Another bottle of Auto-Rx will not fix a ripped or torn seal. In 10 years we have never "degraded a seal" our chemistry does not swell seals. This string has riun it's course."

This is far and away the absolute worst customer service experience I have ever had. This is how they stand by their product. I will never purchase another product from Auto-RX or Frank Miller ever again. I am having the seals replaced at my expense and will be telling everyone I can to avoid Auto-RX like the plague.

Buy some other competing product, do not give this man your hard earned money. You'll just get thrown to the side like I did.

With further research I found this thread: http://mercurymarauder.net/forums/sh...ad.php?t=56544 If what is said there is true, then this is very damning evidence against Auto-RX" End Auto-RX engine treatment review.

Ad. The worn motor treatment from Mega Power is helping car and heavy equipment owners with older vehicles revitalize them for a like newer response and work load capacity - avoiding otherwise a new engine or vehicle replacement. Details: auto-tune-up-and-repair-options.com/worn-motor-treatment.